Are you looking for another book like Where the Crawdads Sing?

We understand! Delia Owens created a modern masterpiece of a novel that tugged at our hearts too.

Melissa resisted reading it, not sure she would love the tale of a girl growing up in a swamp. Within a few chapters, she understood that the hype was real and that it was a New York Times Best Seller for good reason.

We both loved the book so much that we didn’t want it to end and were afraid whatever we read next would be a disappointment!

We didn’t want you to have the same experience, so we’ve gathered some good books to read after Where the Crawdads Sing. We started with 9 options, but are now up to 14 great novels for you to enjoy.

Whether you’re looking for beautiful writing, stories that incorporate nature, or tales of children forced to grow up too soon, we have suggestions for you below!

Before We Were Yours

Similar to Kya, the characters in Before We Were Yours grow up close to the water in an isolated area. They live on a Mississippi River shanty boat until their lives are forever uprooted by the Tennessee Children's Home Society.

The book is based on the true story of Georgia Tann's "adoption" agency. The agency claimed to help orphans, but instead kidnapped poor children and trafficked them to wealthy families.

Like Kya, the children in Before We Were Yours have to learn how to survive difficult circumstances. Melissa enjoyed that the story spanned generations. Throughout the book, you experience their hard times, but also get to peek into their senior years and see how their lives evolved.

This would be a great book club pick for discussion!

Melissa was worried that whatever she read after Where the Crawdads Sing would feel like a letdown.

And then she started Beartown.

While it's a vastly different story, Fredrik Backman has the same gift of story-telling that takes a book from good to brilliant. Beartown also uses nature as a supporting character.

However, instead of focusing on one character, the book brilliantly explores the complicated relationships between many members of an isolated town whose existence revolves around the hockey club.

Melissa and Angela would both give Beartown MORE than 5 stars and consider it a must-read book. 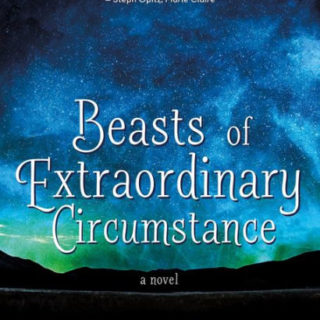 This debut novel written by Ruth Emmie Lang is magical, both in story and language.

Instead of growing up in a swamp like Kya, Weylyn Grey was raised by wolves after being orphaned. After surviving on his own in nature, he has developed some supernatural abilities. In Beasts of Extraordinary Circumstance, Weylyn's story is told by those who have encountered him throughout many years.

Even if you're not normally a fan of fantasy, we think you'll love this interesting character! 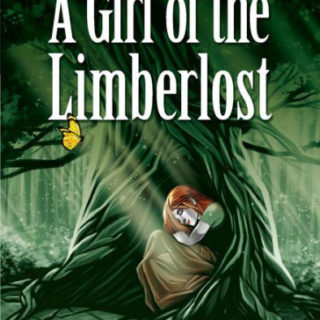 A Girl of the Limberlost

If you're looking for a similar storyline to Crawdads, check out A Girl of the Limberlost. This 1909 classic is a stand-alone sequel to the 1904 book Freckles. In A Girl of the Limberlost, Elnora is the main character who struggles with her mother and her school. She gets solace in an eastern Indiana swamp and meets a boy who shares her love of nature. She finds a way to turn her love of nature into funding for the education she craves.

This book is rated as appropriate for 3rd grade and up. It would be a fun one to read aloud with your upper elementary or middle school kids. 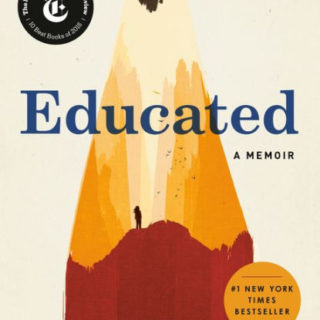 Were you heart-broken by Kya's lack of access to formal education too? If so, Educated would be a good book to read next and continue that theme.

This bestseller is a memoir from Tara Westover, who was raised by an isolated group of survivalists in Idaho. She didn't enter a classroom until she was 17. From that point, she was still able to earn a PhD from Cambridge. 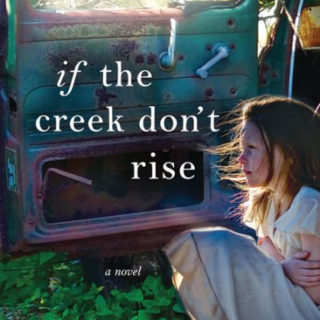 If the Creek Don't Rise

If the Creek Don't Rise is set in the Appalachian mountains of North Carolina, another area of the United States that shares some of the same struggles of the low-country where Kya is raised.

Sadie Blue quickly realizes that her marriage is a mistake, but doesn't see a way out until a stranger arrives in town.

Some readers find the local dialect distracting or difficult, but once they are absorbed into the story find it hard to put down. 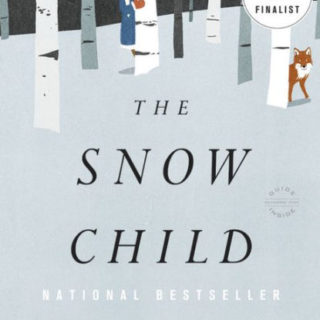 In the Snow Child, you'll be transported to another hard environment - 1920s Alaska. Jack and Mabel are newcomers to the Alaska lifestyle and it is a struggle for them. During the first snowfall of the year, they decide to have some fun and build a child out of snow.

In the morning, the snow child is gone, but they see a young girl, Faina, running through the trees. This Pulitzer Prize finalist explores Jack and Mabel's growing relationship with Faina and her past. 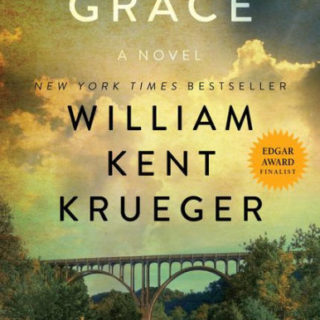 Like Beartown, Ordinary Grace has the same moving storytelling as Crawdads. This time, the main character is Frank, a 13-year old boy in Minnesota in 1961.

When there is a town tragedy, Frank is thrust into adulthood overnight. The novel is part mystery and part coming-of-age story, told by Frank himself as an adult looking back on his life. 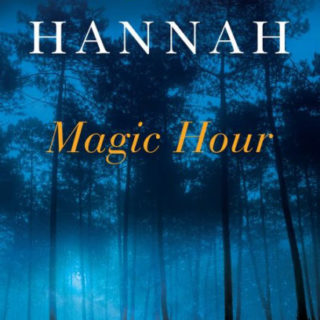 The last book similar to Where the Crawdads Sing is by the bestselling author of The Nightingale & The Great Alone.

Magic Hour takes place in another rough terrain, the Pacific Northwest. A 6-year-old girl appears in the forest, alone and unable to speak. A child psychiatrist is determined to discover the truth about Alice's past, and to help her heal and prepare for a better future. 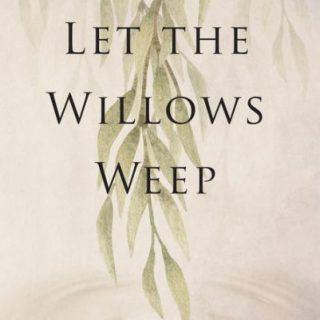 Like Kya, Birddog Harlin is a girl trying to make the most of a dysfunctional family in a rural area. This fictional coming of age story brings all the feelings, often painful and sad, but tempered with love and hope. You'll cheer for Birddog and be angry at her mom while being absorbed by the poetic and descriptive language throughout. 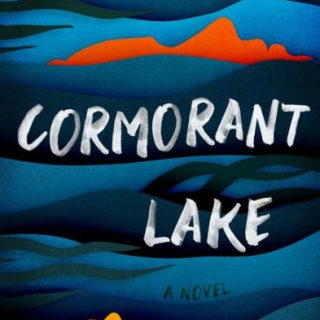 Cormorant Lake is a tale of motherhood in various forms, mystical illusions, and coming home, even when home holds past tragedy.

Evelyn Van Pelt can no longer bear seeing her roommate's underfed and neglected young daughters. One night, she makes the life-changing decision to grab them from bed and drive to the isolated land she left 14 years earlier - Cormorant Lake. Thrust into motherhood and overcome by guilt, she turns to two very different women from her past - her foster mom and her biological mother. 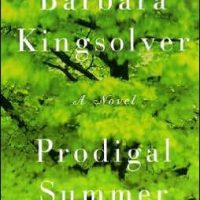 Set in southern Appalachia, Prodigal Summer has been called a Hymn to wilderness. Set over one summer, three stories intertwine into one nature-focused tale.

Deanna Wolfe is a wildlife biologist on a mission to save a family of coyotes.
Lusa Maluf Landowski is young widowed scientist obsessed with insects.
Nannie Land Rawley is a 70-year-old apple grower. Separately, they all have challenges with the land and with relationships throughout the summer. Before fall, you'll see their very different stories merge into one. 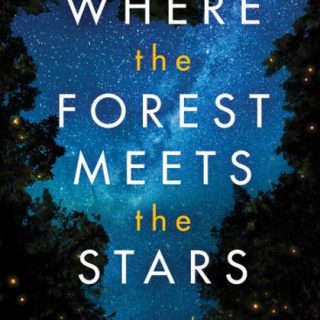 Where the Forest Meets the Stars

Joanna Teale has thrown herself into dawn to dusk work studying nesting birds in rural Illinois for her graduate program. It's a great distraction from the loss of her mother and her own breast cancer battle.

Out of nowhere, a bruised girl named Ursa shows up. The girl claims to have been sent from the stars to witness five miracles, but provides no other background information. Concerned about the bruises, Joanna lets the girl stay while enlisting the help of her reclusive neighbor to solve the mystery of where the girl came from.

Over the summer, miracles do occur, but as the end of summer and the 5th miracle approach, Ursa's dangerous past also gets closer.

The response to this post was so great that we made a follow-up. Click here for 11 More Books for Fans of Where the Crawdads Sing!

Just discovered this site, I live in the North East of England and during the pandemic read and read which I only used to do o holiday. Where the crawdads sing was my favourite book of all time. Thankyou for the list I have sent my daughters a few off your list for Xmas. X

This was exactly the article I was looking for! I reconnected with nature and myself while reading Crawdads. I was eager for similar books, and I ended up reading it twice in one year. Now I have your list! Thank you!

I liked Where The Crawdads Sing, however I had many problems with it. Definitely too long. The trial bothered me, because (In my opinion) it was just a rehash of the story. I really didn’t think it was edited well. Loved Before We were yours and of course a Girl of the Limberlost is a classic. Thanks for the list, I will check them out.

“The Highest Tide” by Jim Lynch is one I always recommend after Crawdads. Same use of nature as a character, and a similar sort of coming of age themes. It’s a beautiful book too!

The Book Woman of Troublesome Creek needs to be on this list. It's so beautiful and has similar themes.