While classic literature is great, sometimes there’s nothing better than laughing along with a romantic comedy.

A funny romance novel is the perfect break when you’ve been reading something heavier, like one of the historical books from our Decades Reading Challenge!

We gathered a list of the top rom com reads, from new releases to our favorite popular contemporary romance novels.

What if you literally ran into your middle school celeb crush? What starts off with this adorable rom com premise turns a little deeper when his family suffers a tragedy years later and he unexpectedly has to rely on his old law school classmate / superfan.

Melissa started this book when she couldn't sleep in the middle of the night and ended up reading the whole thing straight through.

When night-shift worker Leon needs some extra cash to help a family member, he decides to get a roommate.

The problem is that he has a one-bedroom apartment, with one bed. So he places an ad for someone to sleep in his bed while he's at work. They'll never be home at the same time, but it's still a crazy plan.

Several of their post-it note conversations back and forth made us laugh out loud. There's also a mix of humor and more serious topics if you're looking for a rom com with substance. 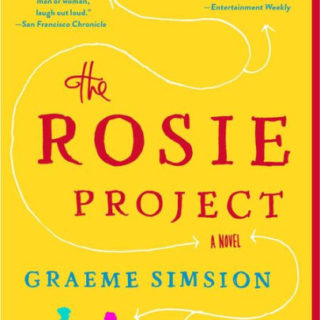 This best-seller is the first in the Don Tillman trilogy. Don is a charming, but awkward genetics professor trying to find love.

This Chicago Tribune quote is enough to make me order The Rosie Project today: “Filled with humor and plenty of heart, The Rosie Project is a delightful reminder that all of us, no matter how we’re wired, just want to fit in”.

The other two books in the triology are The Rosie Effect and The Rosie Result. We can't wait to read both! 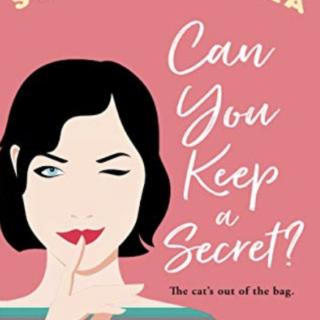 Can You Keep a Secret?

After spilling secrets to a stranger on a plane, Emma was sure she'd never see him again. Imagine her shock when we got to work and realized he was her new CEO!

Sophie Kinsella is an author that always makes us laugh out loud, going back to her original Confessions of a Shopaholic in 2000.

The books are light and the characters are often over-the-top, but that makes them a fun escape from reality.

Even the concept of this book is humorous. When a couple's marriage is in major trouble, one of them joins an elite book club and uses the plot of their latest romance read to help the relationship.

In a twist from the normal rom com plot, it's the husband who is fighting for the marriage. He has joined a group of A-List, alpha Nashville guys who coach him through his rocky relationship.

The Overdue Life of Amy Byler

If you've ever felt overworked and underappreciated, this is the choice for you!

Amy is totally relatable as a main character, and you'll want to root her on during her escape from everyday responsibilities.

She gets a glimpse of what her life could have been if she had chosen different priorities and laugh your way through her adventures in New York City.

Can you imagine if George Washington had become the King of America instead of President?

This clever Young Adult fiction takes that premise and fast forwards it to the present day. You'll follow the three children of the King through their struggles to find love and themselves while trying to live up to the expectations of Crown and country.

It's the first book in a new series and we can't wait for the sequel. 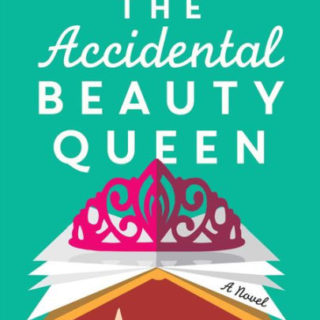 Twin-swaps aren't a new concept, but this one still sounds like a funny contemporary romance.

Charlotte is a reserved school librarian who goes to a beauty pageant only to support her outgoing twin sister. After a freak allergic reaction, Charlotte is convinced to step into the pageant and way out of her comfort zone. 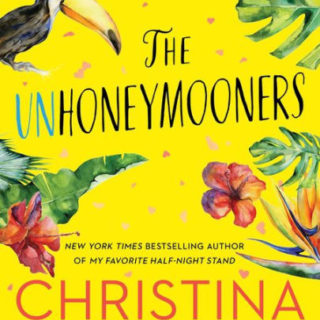 What should a bride and groom do if they get food poisoning and are too sick to go on a non-refundable honeymoon?

Give it to the Best Man and Maid-of-Honor of course.

That would have been perfect if the duo didn't hate each other. Follow along as they try to avoid each other while still taking advantage of all the pre-paid activities on their couples vacation. 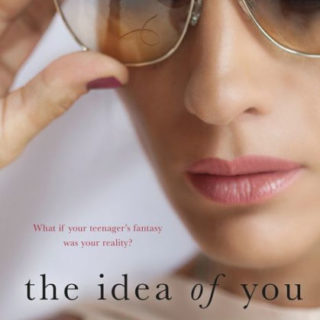 The Idea of You: A Novel

Angela recommends this one, but also warns that it's steamier than others on the list and may make you blush.

A 39-year-old mom and art-gallery owner gets into an unexpected relationship with a much younger mega-superstar singer. The press complicates things as they try to navigate love and life together.

While it has it’s very funny parts, it’s also a much more compelling drama than you might expect from the concept. 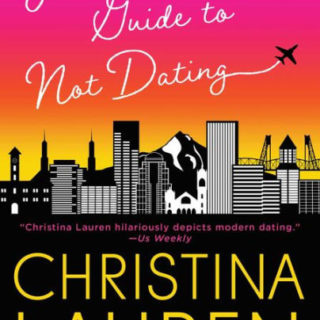 Josh and Hazel's Guide to Not Dating

Josh is mellow and Hazel is...not. She's energetic, a bit crass, and always seems to say the wrong thing.

They're friends, but too opposite to date, so begin setting each other up on double-blind dates. Let's just say it doesn't always go well. 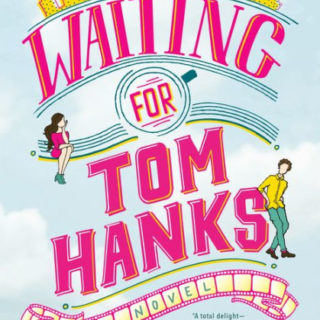 Are you obsessed with classic romantic comedies like Sleepless in Seattle? So is Annie, the screenwriting lead in this cute book.

She's looking for her perfect Tom Hanks and hopes she'll find him on a movie set where she's found a job. Annie gets her meet-cute moment, but the guy is NOTHING like her fantasy match. 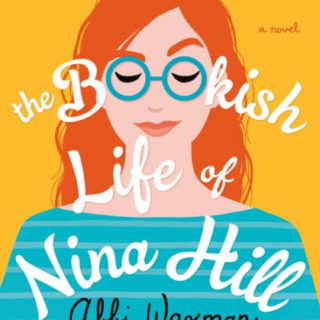 The Bookish Life of Nina Hill

Nina Hill is content in her quiet life filled with books, trivia nights, and her cat. One day everything changes when a lawyer tracks her down to let her know her biological dad passed away...and included her in the will.

She never even knew his name, and definitely not that he had been married three times over 40 years giving her a huge family of siblings, nieces, and nephews.

Follow along as this introvert navigates her complicated new family AND some unexpected attention from the cute guy on another trivia team. 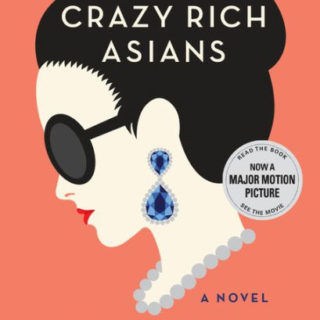 We know you're reading this for book recommendations, but we've got to mention that they did a GREAT job with the Crazy Rich Asians movie.

This is actually one of the few times it wouldn't be bad to watch the movie first. There are A LOT of characters in this book, and it takes a while to get them all down. The movie would be like a little primer before digging in to read.

Both the movie and the book are the hilarious. The story follows different braches of a, you guess it, crazy-rich family in Singapore. They're essentially royalty and the younger generations are expected to fall in line with their life (and spouse)choices.

Crazy Rich Asians is the first in a trilogy, and you can pick up the box set here. All three books are excellent.

Do you remember the Gilmore Girls episode where Luke had to work the Renaissance Faire for Liz?

Flip that around to a girl named Emily having to help HER sister out by taking her place volunteering at the Renaissance Faire.

And instead of being grouchy, she's the lighthearted one and the Faire volunteer coordinator is the grouchy one.

Will they fight all summer or will Simon show his endearing side, just like Luke? 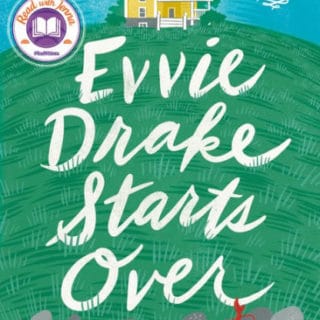 In Maine, Evvie Drake lost her husband to a car crash and now she rarely leaves her home. In NYC, Dean Tenney, a former MLB, pitcher is struggling with a major case of the "yips" and can't throw straight anymore.

When the media pressure on Dean heats up, his childhoold best friend invites him to escape to Maine for a while, and he winds up living in the apartment at the back of Evvie's house.

The two make a deal - Dean won’t ask about Evvie’s late husband, and Evvie won’t ask about Dean’s baseball career. But broken rules lead to an unexpected friendship, and then something more.

Described as "joyful, hilarious, and hope-filled" ... we can't wait to read this one! 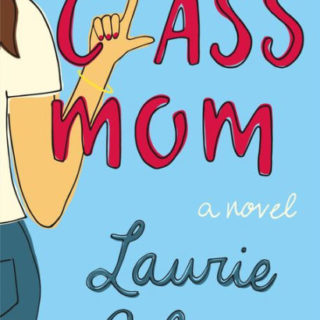 Unlike most romantic comedies, Jen, the central character in Class Mom is already married. The comedy is more prevalent than the romance in this debut novel by Laurie Gelman, but it still contains a dose of romantic intrigue.

Did we miss your favorite funny love story? Come share it in our Book Girls’ Guide Facebook group!

JOIN THE GROUP!
« Books Set in the 1920s
The Books that Inspired Oscar Winning Movies »